This webinar will be presented by our experts with support from our regional teams to address your unique needs and challenges.

Delivering a fit-for-purpose pore pressure and fracture gradient, and if needed a wellbore stability, well plan requires a great deal of thought and generating numerous models from potentially distal offset wells or seismic Vint or both. Typically, when a contractor submits a well plan to the operator, an operations geologist overseeing the preparation of the exploration well will review it and then pass it on to engineers and drillers for their evaluation.

However, it can then be a year, or even longer with a wildcat exploration well before the well is spudded. In the intervening time, team changes may mean that the original procurer or reviewer of the work has moved and so a great deal of understanding behind the methods, models, and rationale of the well plan are lost. This loss of knowledge is further compounded when the well plan is supplied by the operator to a separate real-time team who may not understand the explanations in the report or be familiar with the models used. The integrated structure of the pre-drill and real-time teams at Ikon aims to alleviate these issues and in this talk we will describe 5 of the key approaches that Ikon take, and which we have found, that increase the chance of a safely drilled well. 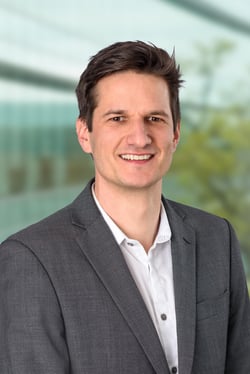 Ed has completed pore pressure projects in areas where seismic velocity data are the only available data to large regional studies that include more than 600 wells. Ed’s career with Ikon Science started in 2008 initially based in the Teddington office working on rock physics projects. He was transferred to the geopressure team in 2009.

Prior to joining Ikon, Ed was employed by Petris, where he supported the petrophysical software Recall, helping clients to resolve problems and assist with their understanding of the software.

Ed graduated from Southampton University UK with an MGeol (Master of Geology). His final year dissertation involved studying whether climatic indicators (i.e. quartz/feldspar ratio) can be used to correlate Permian sandstone sequences in the North Sea. He also spent part of the final year of his degree on and around on-shore oil rigs in the Western Canadian sedimentary basin.

His career began with a 20-year career stint with Baker Hughes with job titles such as Mud Logger, Data Engineer, Technical Support and Operations Management. His experience in these roles spanned East & West Africa, The Middle East, East Coast of Canada, US GOM, California, Alaska, Guatemala, Colombia and Venezuela.

Tim became the Training Manager at KSI and taught software and theory classes for pore pressure to E&P company personnel in the US, Latin America, Europe and Southeast Asia. He then joined a startup software company called Verdande that brought Artificial Intelligence and case-based reasoning to the oilfield. In 2014 he returned to his pore pressure work with Ikon Science PPwD (pore pressure while drilling), which is the real-time monitoring arm of Ikon Science.